The world-first smart perimeter IMOvifa™ is equipped with a number of advanced functions in addition to standard automated perimetry (SAP) testing.

(ZEST/Zippy Estimated Sequential Testing: A psychophysical measurement that uses Bayesian estimation method and maximum-likelihood method. AIZE: It determines the sensitivity threshold of the retina by using a basic algorithm of ZEST through interaction with immediate surrounding test points. See “Products” for more details. Contact us if you are interested.) 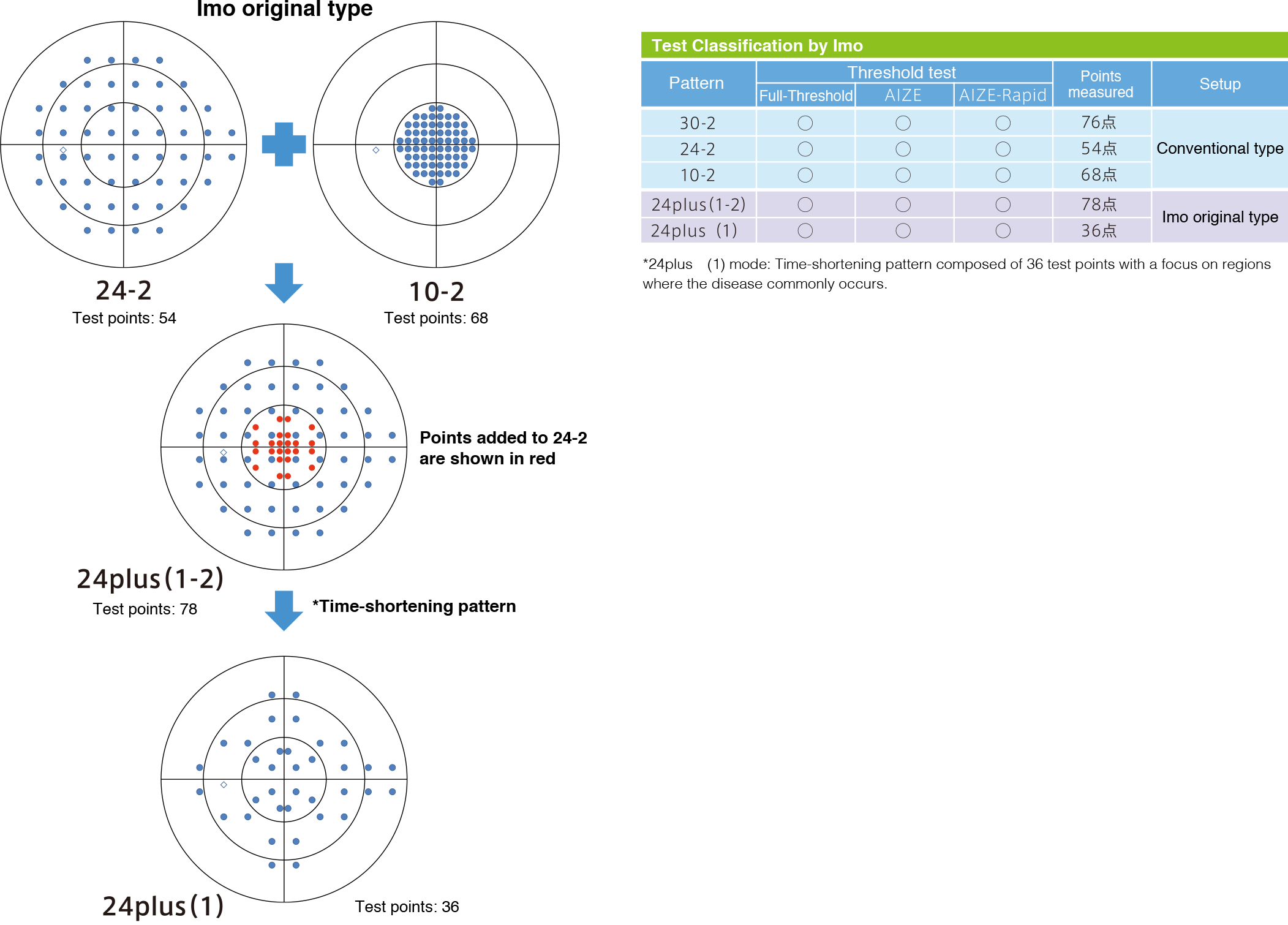 Iconic One Theme | Powered by Wordpress
We use a cookie to store the website selection (US/International). If you continue to use this site we will assume that you agree with it.Ok